MACON, Georgia (41NBC/WMGT) – Most of Middle Georgia will see highs of at least 90 degrees this afternoon. 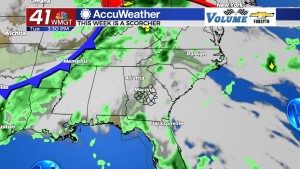 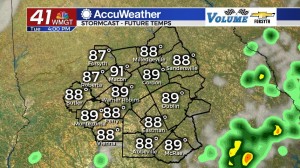 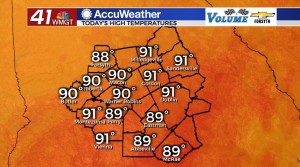 The heat continues for the Peach State, especially the middle and southern thirds. Highs later this afternoon will clock in at 90 degrees or greater for almost the entire region. Southwesterly winds at 5-10 mph will continue to feed moisture into the atmosphere as well, keeping things sticky outside. Scattered clouds will develop in the afternoon as the sun heats the surface, prompting moisture to rise up and cool down. Eventually, a couple of those may turn into isolated storms during the late afternoon hours. These storms are short lived, but they can bring some heavy downpours and sometimes even some really small hail. No severe weather is expected, however. 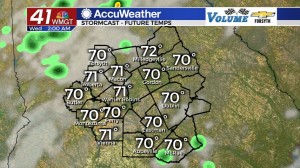 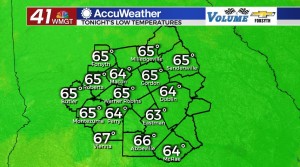 All rain activity will cease shortly after the sun sets. Scattered clouds will hang around overnight with cloud cover thickening a bit heading towards Wednesday morning. The wind will come from the south-southwest at 5-10 mph as temperatures bottom out in the low to mid 60s once again. 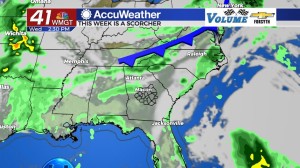 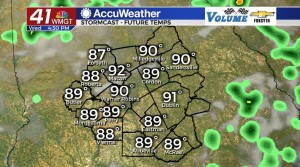 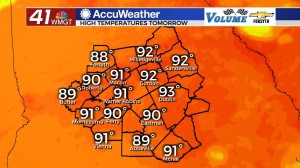 The summer pattern will continue tomorrow as we see the same thing we saw today. Plenty of sun early with scattered cloud development in the afternoon. The wind will come from the west-southwest at 10-15 mph, adding a bit of a breeze to the air. It will be welcomed by most in Middle Georgia as highs reach the lower 90s virtually everywhere in the region. More isolated storms will also fire up during the heat of the day. 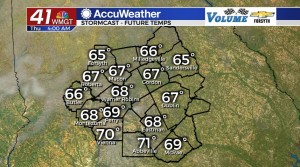 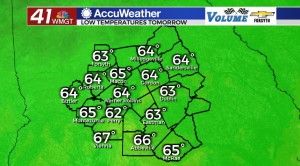 Partly cloudy skies will persist through the overnight hours as the winds calm, becoming light and variable for the rest of the night. Low temperatures will primarily be in the mid to upper 60s heading into Thursday. 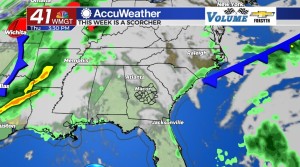 Thursday will be the final day on the current pattern as well as the hottest day of the week. Some spots could push into the mid 90s for highs on Thursday as the southwesterly winds continue to come in at 5-10 mph. Once again, isolated storms will likely fire up in the afternoon among partly cloudy skies. Overnight lows will reach their peak, only dropping into the upper 60s and lower 70s thanks to thick clouds that move in. 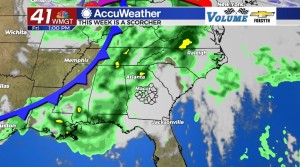 Friday will see the end to the current pattern as high pressure finally breaks down enough for a cold front to make its way through. It will bring the most widespread rain chance of the week as well as the strongest winds. Forecast winds on Friday are currently set to fall somewhere in the 10-20 mph range from the west or west-southwest. Highs will be in the upper 80s and lower 90s, a welcome sight after 3-4 straight days in the 90s. Storms will come through in the late afternoon/evening, and unfortunately there could end up being a slim chance for some severe weather. The front, however, will be weak, so nothing crazy should happen as the front comes through. Lows will return to the lower 60s following the cold fronts passing.

Mother’s Day weekend will be cooler: both days should see highs in the low or mid 80s with plenty of sun, and with wind coming in from the northeast on Sunday the breezes will keep things pleasant. Rain is also not expected for Mother’s Day, however the Euro model does see some widespread rain potential for Saturday May 7th. At this time no other models have hopped on board with this. 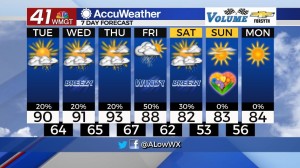