Andalusia Farm in Milledgeville is the home of author Mary “Flannery” O’Connor.

This makes the second designation for Georgia College, following the Georgia’s Old Governor’s Mansion which received the same recognition in 1973.

“There are campuses across the country that have National Historic Landmarks, but this is a rarity in Georgia to have two in a town of our size and capacity,” said Matt Davis, director of Historic Museums at Georgia College. “It’s an accomplishment we can all be very proud of.”

One year after she graduated from GSCW, O’Connor participated in the Iowa Writers’ Workshop and later studied journalism at the University of Iowa. In 1950, O’Connor was stricken with lupus and moved back to Milledgeville to be with her mother at Andalusia. From 1951 until her death in 1964, O’Connor would complete the bulk of her work, which totaled two novels, 32 short stories and over 100 literary critiques.

According to Georgia College, in and around Andalusia would serve as the inspiration for the places or characters within her works.  The farm remained in the O’Connor family from 1964 until 2003 when it was given to a private foundation for use as a museum. In August 2017, the site was gifted to Georgia College.

Following the National Historic Landmarks Committee’s approval, the consideration of Andalusia Farm as a National Historic Landmark (NHL) went before the National Park System Advisory Board on Sept. 17, 2020, for consideration and approval. The Board recommended the designation of Andalusia Farm as an NHL. It was then sent to the U.S. Secretary of the Interior, who designated it as an NHL on Jan. 27, 2022.

“We are so pleased that Flannery O’Connor’s home has gained national attention through this distinction,” said Cathy Cox, president of Georgia College. “A notable figure in the literary world, her creative works continue to impact many of our students and aspiring authors throughout the world. We are honored to be able to preserve this pivotal part of Flannery’s legacy here at Georgia College.” 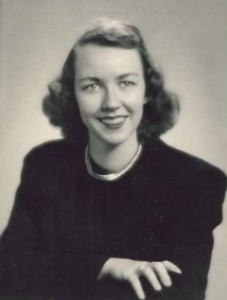