PERRY, Georgia (41NBC/WMGT) — The Houston County District Attorney’s office sent out a release Tuesday concerning the sentencing of a Houston County man who killed his wife early in 2021.

According to the release, 79 year-old Harold Seidenfaden was convicted of Felony Murder and Possession of a knife during the commission of a felony on November 23rd, stemming from an investigation that began on February 7, 2021. That investigation led to the arrest of Seidenfaden for killing his wife, 60 year-old Debra Seidenfaden, due to what evidence at trial established as the couple getting into an argument concerning Harold needing to get shoulder surgery scheduled for the next day. The release says that at some point during the argument, Harold grabbed a knife and stabbed and cut Debra several times. Investigators on the case were able to recover multiple pieces of physical evidence after the crime, including multiple knives that appeared to be stained with blood.

The Houston County District Attorney’s office says that Houston County Superior Court Judge G.E. “Bo” Adams came to a verdict and imposed sentence after a two day bench trial, Harold Seidenfadan waived his right to a trial by jury in this case, and opted to have Judge Adams listen to the evidence and render a verdict. Judge Adams sentenced Seidenfaden to life in the Georgia Department of Corrections with the Possibility of parole after finding him guilty of Felony Murder. The release also says that Seidenfaden also received 5 years of probation consecutive to the life sentence for the possession of a knife during the commission of a felony.

ADA Duane had this to say, concerning the verdict:

“This case is heartbreaking. We are glad that Mr.  Seidenfaden was held accountable for his actions. We hope that today’s verdict provides some closure for the victim’s family. Thank you to Sgt. Darron Jones with the Houston County Sheriff’s Office, members of the Houston County Sheriff’s Office and the Perry Police Department for their assistance and work in the investigation of this case. Our community is safer because of the hard work of law enforcement.” 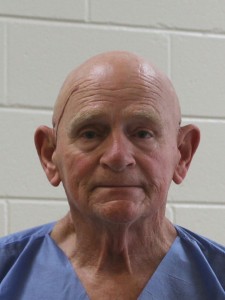