3 injured in shooting at car detail shop in east Macon

The shooting was reported to the 911 Center around 4:30 Thursday afternoon.

MACON, Georgia (41NBC/WMGT) – The Bibb County Sheriff’s Office is investigating an afternoon shooting that sent three men to the hospital.

Investigators say the shooting happened at a car detail shop at 619 Main Street, and it was reported to the 911 Center around 4:30 Thursday afternoon.

According to a new release, three men were dropped off at the Coliseum Medical Center emergency room with gunshot wounds. The Sheriff’s Office says 24-year-olds Kyler Thompson and Corey Reeves were transported from Coliseum to Atrium Health Navicent. They are listed in critical, but stable condition. A third victim, 44-year-old Carlos Jackson, remains at Coliseum in stable condition.

While at the hospital, deputies learned that the shooting took place at the detail shop and went to Main Street to collect evidence and interviewed possible witnesses.

This incident remains under investigation.

Anyone with information in reference to this investigation is urged to contact the Bibb County Sheriff’s Office at 478-751-7500 or Macon Regional Crime Stoppers at 1-877-68CRIME. 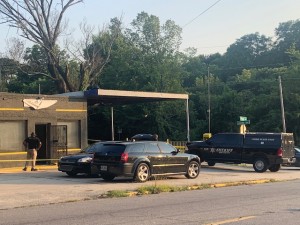 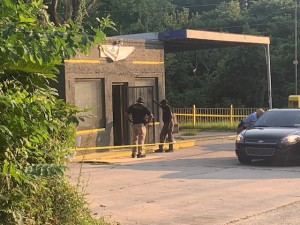