MACON, Georgia (41NBC/WMGT) – A new mural is now up in Mercer Village.

An artist named Jorael Elliot visited from New Mexico to paint the mural. 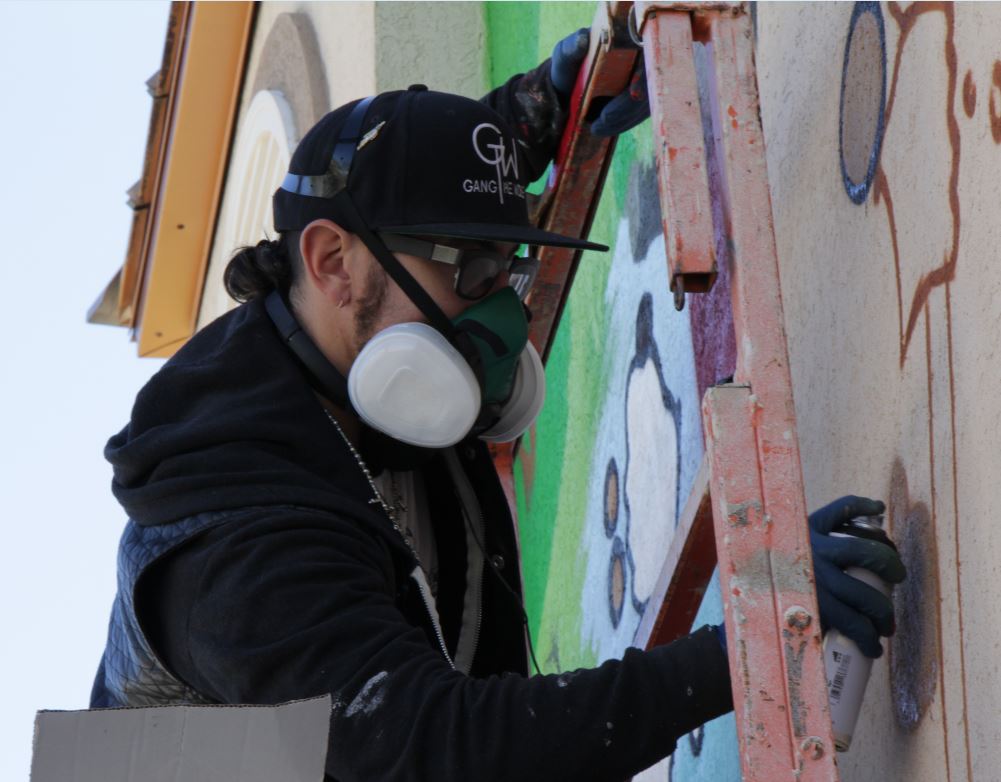 The mural is part of the Knight Neighborhood Challenge Grant called the Art in the Park Program. It was created to bring public art to the College Hill Corridor.

The Art Department received more than $60,000 for the grant.

Craig Coleman, Professor of Art at Mercer University, came up with the idea of artists making more art for the corridor.

The new mural is located on the sidewall of the Indigo Salon.

Coleman said the mural represents struggles of the past and present in African American Culture.

“I think his goal is that we should actually put up more art that showcases the history and you know gives more to the story, so I think this is part of his intention, at least that’s what he told me,” Coleman said.

He said the mural is part of Elliot’s mobilized wall project, where he adds up the square footage of all the murals he paints with the goal for them to be larger than President’s Trump’s proposed wall for Mexico.

“And he’s already surpassed that amount and other artists are involved to so it’s not just his mural, it’s a combination of lots of different murals,” Coleman said.

There are also new paintings on Francars’ wall, called Francars’ Frames, that were also included in the grant.