FORSYTH, Georgia (41NBC/WMGT) — Friday morning Monroe County Schools announced they issued a temporary Code Red lockdown to 2 schools in the area as they search for a man who is wanted on multiple active warrants.

The Code Red was done in partnership with Monroe County Sheriff’s Office, but after some guidance the schools were moved down to a Code Yellow until further notice as a precautionary measure.

As of the original release, he Grier has not been sighted at this time. If you see this man, the Monroe County Sheriff’s Office is urging you to contact 911 or call your local authorities immediately. 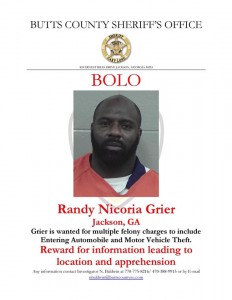