MACON, Georgia (41NBC/WMGT) — The Bibb County Sheriff’s office released information concerning the arrest of two teenagers after a shots fired call in the Pleasant Hill neighborhood was put out by a gang investigator on Third Avenue on September 7, 2021.

According to the release, the investigator found the vehicle that was being driven in reference to the call, turned on his blue lights, and when the driver refused to stop the investigator followed in a short pursuit that ended on Gillard Street. After stopping the vehicle, investigators identified the driver to be 19 year-old Khalil Raines and the passenger to be 17 year-old Jalan Young. Investigators found 2 handguns, 1 ounce of marijuana, and a scale possibly used to weigh the marijuana inside of the car. One of the guns was reported stolen.

Raines and Young were taken to the Bibb County Law Enforcement Center for multiple charges including: Fleeing/Attempting to elude a police officer, acquiring a license plate to conceal identification of a vehicle, multiple charges of theft, multiple charges related to possession and sale of marijuana, and more. They are both being held without bond. 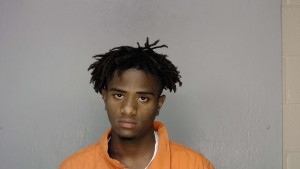 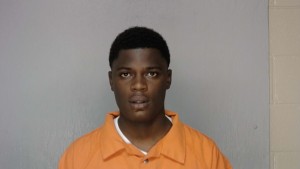