An International student found this left on her door (the picture is below). She found it Monday night. The sign says “Go Away Immigrant #Trump,”

Other racist messages aimed at African Americans were also found.

Vivia Fowler, Provost of College said, “Wesleyan does not have students from those banded countries. But we do have many international students and we care for them deeply. They are an important part of our community and so we wanted them to know we are concerned about them and concerned for their safety.”

Wesleyan College campus police are investigating, trying to figure out who left the messages. 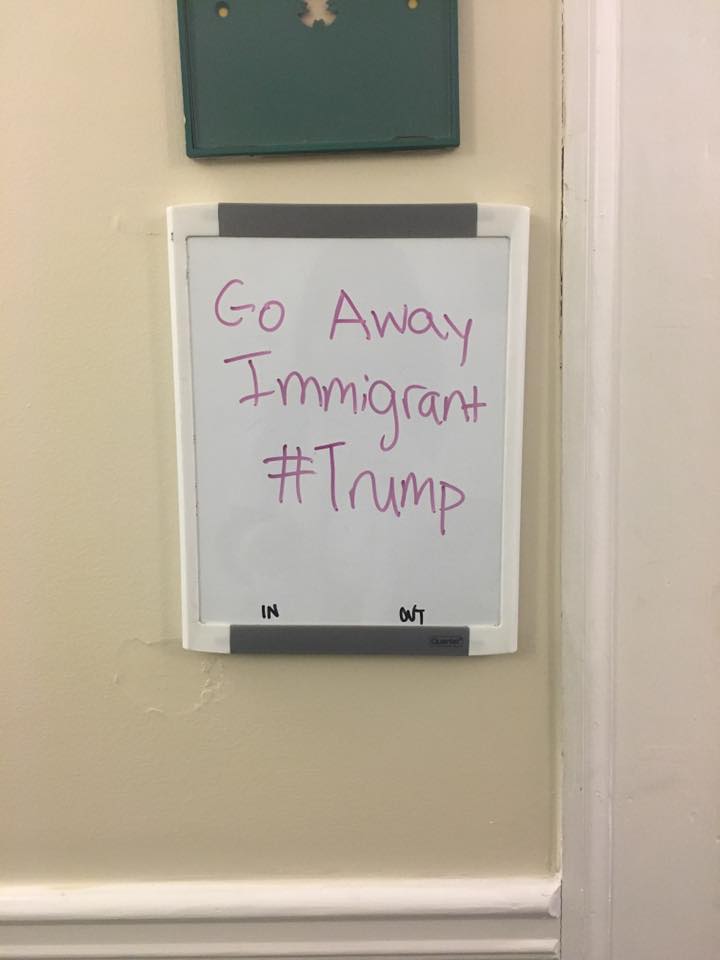