41NBC Web Producer,
UPDATE:  The Bibb County Sheriff’s Office has an update concerning the Monday night shooting that left 16-year-old Hakeem Flowers dead and another injured.
The female that was  injured during the incident has been treated for her injuries and released.
The 29-year-old male that was also injured during the incident was found to be the one that was involved in Flowers’ death– identified as Kendrea Hubbard. Investigators arrested Hubbard upon his release from the hospital, and is being charged without bond for murder, aggravated assault, and possession of a firearm during the commission of certain felonies. 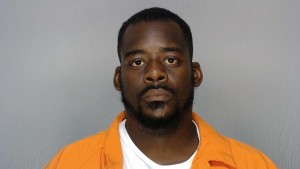 MACON-BIBB COUNTY, Georgia (41NBC/WMGT) —The Bibb County Sheriff’s Office is investigating a shooting that happened in the 2300 block of Mason Street just after 11:00 p.m. Monday night.

Deputies responded to the 2300 block of Mason Street and found a 16-year-old male unresponsive at a vacant lot. He was pronounced deceased on scene by Deputy Coroner Miley. It was reported that there had been a gathering in the vacant lot and during the gathering a dispute started and shots were fired by multiple people. A 30-year-old female and a 29-year-old male were also injured during the incident. Both the female and the  male were taken to the Atrium Health Navicent and are listed in stable condition. No one else was injured.

This incident is still under investigation anyone with information about this incident is urged to contact the Bibb Sheriff’s Office at 478-751 -7500 or Macon Regional Crime Stoppers at 1-877-68CRIME.