21-year-old Kyndal Reynolds of Warner Robins died after being shot with her own weapon.

WARNER ROBINS, Georgia (41NBC/WMGT) – One woman is dead and another behind bars after trying to rob two.

According to the Warner Robins Police Department, officers responded to a call about shots fired in the Fred Drive area just before 1 a.m. Sunday morning. Two males and two females were at the scene. The victim, 21-year-old Kyndal Reynolds of Warner Robins, was transported to Houston Medical Center where she later died.

Investigators say Reynolds and 42 year old Tywana Cody met with the two men Saturday night. As they rode in a car together, Reynolds pulled out a gun in an attempt to rob the two men. The gun fired inside the vehicle while one of the males attempted to disarm Reynolds. 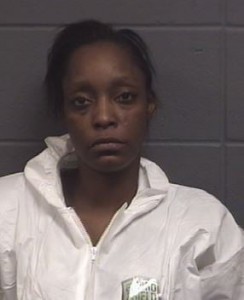 Further investigation showed that Cody is an accomplice, and worked with Reynolds to commit armed robbery. Cody is in custody at the Houston County Detention Facility.

Charges against Cody include: