When one door closes, another opens in downtown Macon

Per Diem Market plans to close by the end of the month. Macon Bagels will open soon.

MACON, Georgia (41NBC/WMGT)— Per Diem Market opened in downtown Macon July of 2020, after originally planning to open in March of 2020.

Co-owner Jeremy Smith, who also owns Reboot Retrocade and Bar, says the initial launch concept was a deli and large output kitchen with grocery items. But after opening at the beginning of the pandemic, there weren’t many people walking through downtown to help sales. He says they’ve also run into other issues over the last year and decided it was time to close.

“For us if we can’t present the shop as what we always wanted it to be then there’s no point in running it,” said Smith. 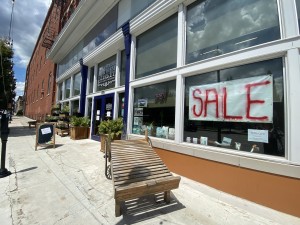 Smith says they may try the concept again in a few years if someone else doesn’t. For now, he’ll go back to his job in logistical work and focus more on his other business, Reboot Retrocade and Bar.

He says even though Per Diem Market didn’t work out, it doesn’t deter his love for downtown Macon.

“One floundering business could start to hurt a successful business,” said Smith. “So a lot of this closure has less to do with a community as a whole and more of where we need to be with our focus.”

Charise Stephens is the Director of Macon-Bibb Small Business Affairs. The office has a small business grant for up to $10,000, but there are some guidelines though. She says it’s a trying time for businesses, so there are resources available to help.

“We have a partnership with Truist bank, which they’re going to be talking about the finances part of keeping your business afloat,” Stephens said.

Lauren Bone and Patrick Rademaker are co-owners of Macon Bagels. They were traveling from St. Petersburg, Florida to Blue Ridge last August, and decided to stop in Macon. They liked the feel of downtown while visiting. So they spoke with the owners of Piedmont Brewery and Per Diem Market about the idea to open a bagel shop, and were met with encouragement.

In February of this year, they came back to look more seriously into opening a bagel shop in downtown. That’s when they found the current space that will house their bagel shop. 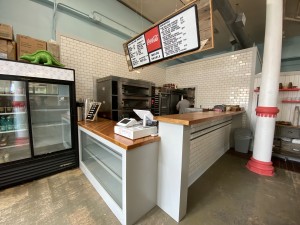 “We noticed there weren’t any breakfast slash bagel shops where you could get in and out downtown,” said Bone. “So we took off with that idea and the ball just snowballed from there.”

They had two successful pop-ups at Per Diem Market. They’re now just waiting for the last layer of approval to officially open. Bone says Macon has so much potential. As business owners, she says it’s nice to have such a receptive audience of customers and fellow business owners.

“We just think this town has a lot to offer and can get even more awesome,” said Bone.

Per Diem Market plans to close by the end of the month. Macon Bagels say they will open soon, and encourage people to follow their social media to get updates on the exact date.

If you would like to reach out to the Office of Small Business Affairs, email Charise Stephens at CStephens@MaconBibb.Us or call 478-751-7170 to make an appointment.