WARNER ROBINS, Georgia (41NBC/WMGT) —  A woman has been arrested in connection to a Warner Robins shooting that left one dead and several others  injured early Monday.

According to the Warner Robins Police Department, officers responded to the 7-Star Food Mart on North Davis Drive around 12:15 a.m. on June 27th in connection to persons shot.

Later into the day, WRPD arrested 22-year-old Suraya Johnson of Warner Robins for the murder of Jamal Colson, striking 2 other women with gunfire, and firing into a group of people. Johnson is being charged with felony murder, multiple counts of aggravated assault, and possession of a firearm during the commission of a crime. She will be kept at the Houston County Detention Facility.

Anyone with information concerning this incident is urged to call Detective Karmen Thompson at (478) 302-5380, or call Macon Regional Crimestoppers. 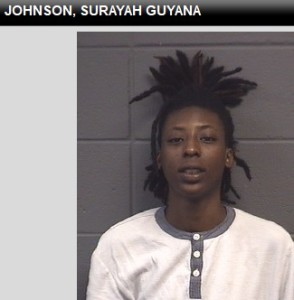