UPDATE: 32 year-old Jamil Bernard Lane was arrested Monday, September 20, for the shooting. Lane is being charged with Aggravated Battery and Possession of a firearm during the commission of a crime. Lane is being held at the Houston County Detention Facility. 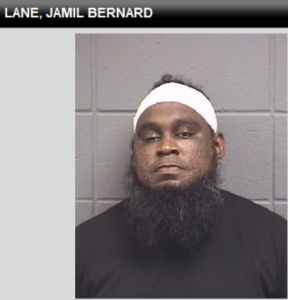 WARNER ROBINS, Georgia (41NBC/WMGT) — The Warner Robins Police Department sent out a media release concerning an incident on Sunday, September 19, 2021, that resulted in a man being sent to the hospital.

According to the release, Patrol officers with WRPD were sent to 121 Arnold Blvd. around 6:30 p.m. where a 33 year-old man had been shot several times by a suspect the victim apparently knows. The victim was taken to Atrium Navicent and is listed to be in stable condition.

The release describes the scene as chaotic with a lack of cooperation from witnesses, and that the motive or reasoning for the shooting is unknown. Detectives are speaking with a person of interest.

Anyone with more information concerning the incident is urged to call Detective John Richards or Detective Scott Nix at (478) 302-5380 or Macon Regional Crimestoppers at 1-877-68CRIME.