Culinary chefs across the state will represent their areas for the seafood festival.

Contest officials selected Chef Johnson for the competition after he submitted his information to Food Network celebrity Chef Jernard Wells. However, he will not compete with other culinary chefs at the festival for a cash prize.

Support Chef Johnson in the competition on November 9. 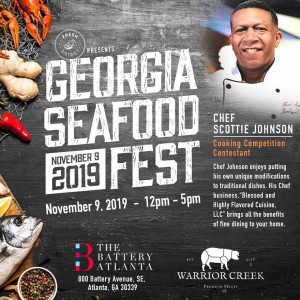