Walk planned this weekend in Macon to help prevent suicide

MACON, Georgia (41NBC/WMGT)- Suicide doesn’t discriminate and can happen to anyone.

September is Suicide Awareness Month made to bring awareness to the signs of suicide and help prevent it from happening.

According to Navicent Health, the emergency department sees at least 1 person every day who is suicidal, and it’s everyone’s job as a community to help those people.

Sebastian Stubbs, a Professional Counselor with Navicent Health, says he deals with a lot of families who suffer from a loved one who committed suicide. “I use the TBM method when advising on what to look for in loved ones who are suicidal,” Stubbs said.

“It can happen to anybody at any given time, it doesn’t matter about raise, money or anything at all,” Stubbs said.

According to the American Foundation for Suicide Prevention (AFSP), one person dies every six hours by suicide in Georgia.

This weekend, the American Foundation for Suicide Prevention will host the “Out of the Darkness Community Walk” at Tattnall Square Park. It’s one of more than 550  such walks planned nationwide this year.

On Saturday, September 7th, the local chapter invites Middle Georgia residents to gather in Tattnall Square from 8:30 to 10:30 am. 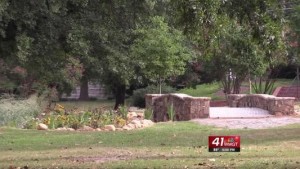 The walks are expected to unite more than 300,000 walkers and raise millions for suicide prevention efforts.

Last year, more than $21 million was raised nationwide for suicide prevention, and $12,000 was raised locally.

If you’d like more information, visit the American Foundation for Suicide Prevention, below.