DOJ: Violent crimes drop by more than 24% in Dublin

DUBLIN, Georgia (41NBC/WMGT) – The City of Dublin is making progress in decreasing crime.

Dublin Law enforcement, along with the Department of Justice and the FBI held a news conference on Wednesday at Dublin City Hall.

Officials discussed the collaborative efforts in Dublin that helped decrease crime by 24% in the past three years. They compared this to the national average which decreased by 3.5%.

According to the Department of Justice, in the past two years, only 20 defendants have been identified, with 13 indicted, 9 have already been convicted either by guilty or trail.

Federal Cases From Dublin In Less Than 24 Months 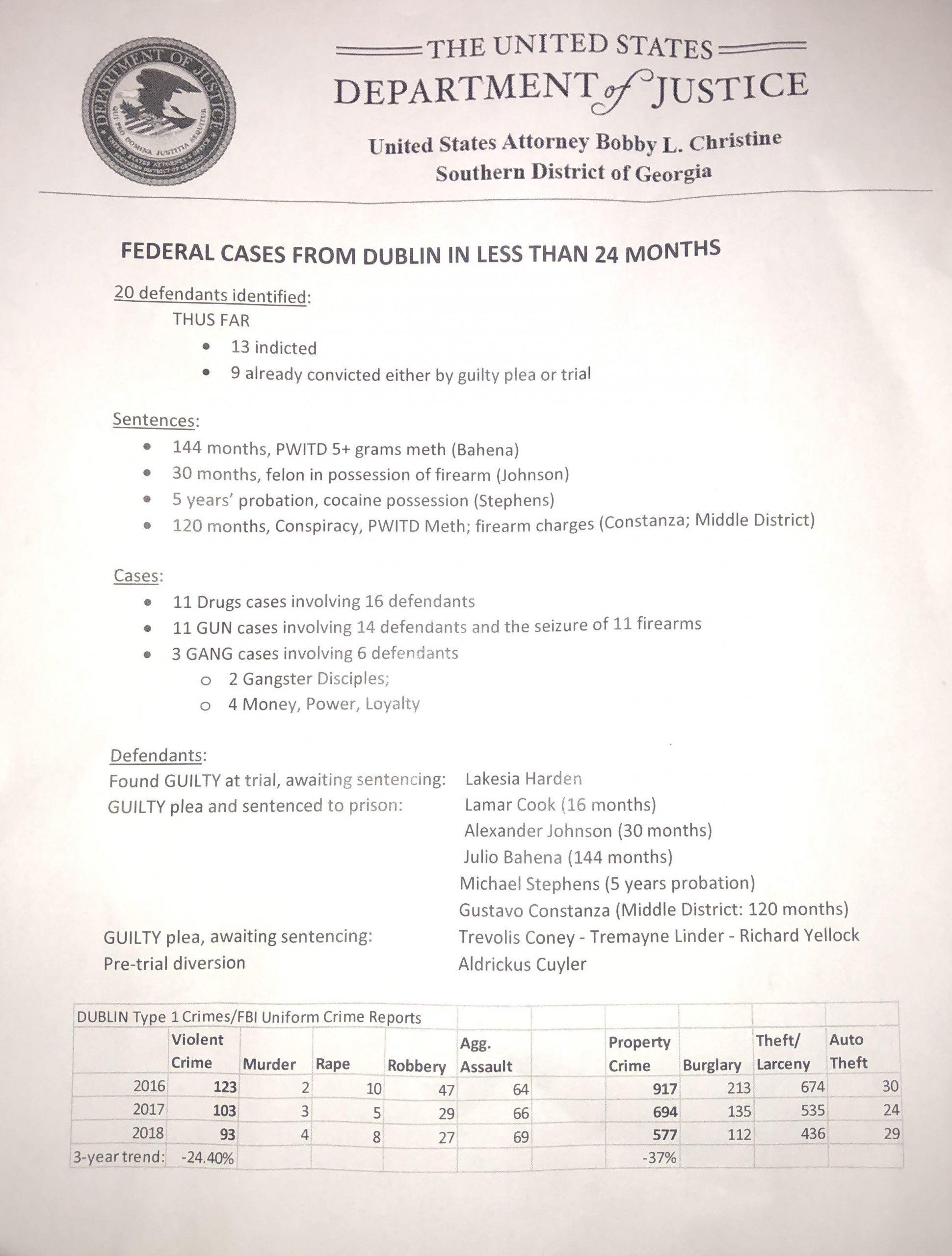