A man has been charged in connection to the June shooting.

UPDATE (8/02): 21-Year-old Leonard Jimmy Forrest of Warner Robins is charged with Murder in the shooting death of 17-year-old Jontel Williams.

The Warner Robins Police Department says Forrest is already incarcerated on Aggravated Assault charges stemming from a shooting on Tinker Blvd. shortly before Williams was killed on Thomas Blvd. Forrest is being kept at the Houston County Detention Facility. 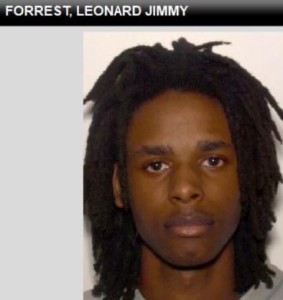 Police say the victim died at the hospital Monday morning.

WARNER ROBINS, Georgia (41NBC/WMGT) – One person is in critical condition at the hospital after being shot Sunday night.

It happened in the 400 block of Thomas Boulevard, according to a Warner Robins Police Department news release, which said officers found a male victim lying along the side of the road with a gunshot wound.

EMS took the victim to Houston Medical Center. He was later transferred to Atrium Health Navicent in Macon.

The release said detectives are still “very early” in their investigation.

Contact Detective Trent VanLannen at (478) 302-5380 or Macon Regional Crimestoppers at 1-877-68-CRIME if you have additional information.