PERRY, Georgia (41NBC/WMGT)- All of the derailed cars from the train that went off the tracks in Houston County have been removed off the track.

Crews have been working throughout the night to move the derailed cars and clear the track for transportation.

Crew members say they are hoping to have the 2,000 feet of destroyed track fixed by noon Friday.

There are damaged train cars on both sides of the track filled with chemicals, car parts, and new vehicles.

Crew members say no one was hurt when the train went off the tracks.

Georgia 247 Spur is still closed to through traffic.

The derailment happened near Perdue Farms in Houston County.

Assistant to the mayor, Mandy Stella says Warner Robins and Houston County Utilities Departments have been cleaning up since the derailment.

Crew members say the train hit a high-powered gas line, and the main source was shut off.

GDOT says there is a detour in place.

Crew members say Perdue Farms along with almost 400 residents are without gas.

Crews don’t know when the damage will be cleaned up. 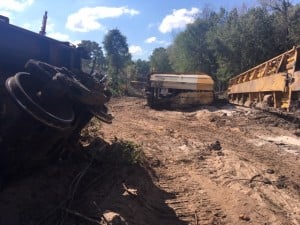 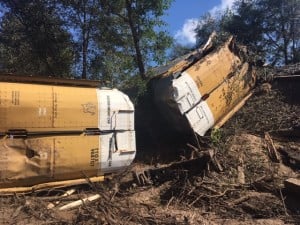 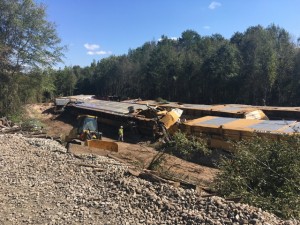 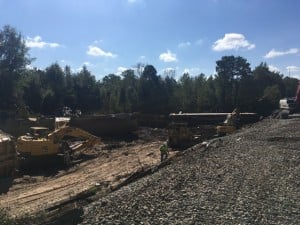 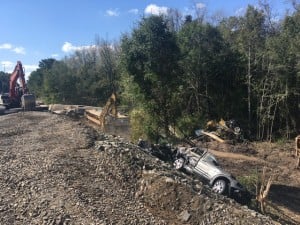