MACON, Georgia (41NBC/WMGT) – The body found in Macon on Thursday has been identified. According to Bibb County Coroner, Leon Jones, it was 57-year-old Emmanuel Stroud Sr. He was found with a gunshot wound on his left side.

Stroud was reported missing on June 23, 2017 by his daughter, who says her family had not heard from him since June 18th.

On Thursday, workers working on trees  on Clark Street found the body near an abandoned home. 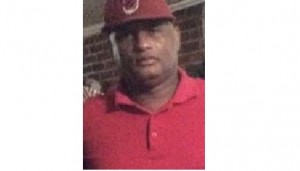