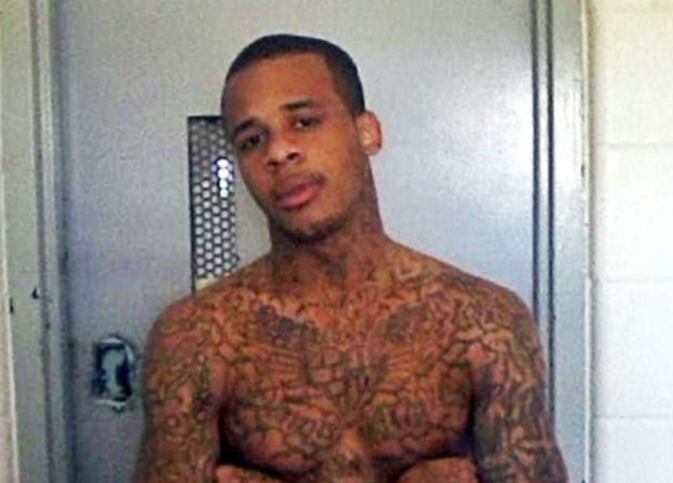 MACON, Georgia (41NBC/WMGT)- A man wanted for a double homicide in Pulaski County was arrested near the College Street post office and Washington Park in Macon just after 10am. He’s 24 year old Dennis Penix of Eastman. Law enforcement from across the area spread out around downtown Macon near High Street, searching for Penix. The search in Bibb County was prompted by a tip from one of his relatives just after 8am in the 900 block of High Street.

Earlier the Pulaski County Sheriff’s Office told us that two men were found murdered around midnight, near Woods Road and Sandridge Road. One body was found on the road another in a nearby pond.

According to the Georgia Bureau of Investigation, the victims are 22-year old Kelvin Jurand Thompson of Forsyth and 23-year old Robdreckious Jamal Quainton of Warner Robins.

The two apparently were shot and killed. Sheriff Brannen says the incident was drug-related. He also says Quainton’s father has been married to Penix’s mother for about ten years.

Penix faces two counts of malice murder. The incident is still under investigation. If you have any information about what happened, since this is an on-going investigation, be sure to call the Pulaski County Sheriff’s Office at (478) 783-1521.