EASTMAN, Georgia (41NBC/WMGT) — Two teens are dead after a wreck in Dodge County on Tuesday.

The Georgia State Patrol reports that on February 15th, around 5:07 p.m., 18 year-old Cameron Powell was driving in a red Chevrolet Impala along Kate Parkerson Road with passenger 15 year-old Ethan Holder. According to the GSP, Powell lost control of the vehicle and left the roadway, striking a group of trees and overturning.

The passenger, Holder, was ejected from the vehicle and was pronounced dead at Navicent Health in Macon.

Powell, the driver, later died at the hospital on February 17th at 8:00 a.m. due to his injuries.

Dodge County Schools posted several tributes on social media, asking for prayers for the family of Cameron and Ethan. 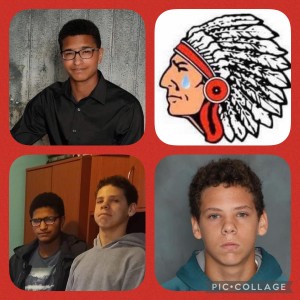