Twiggs County is working to clean up destruction from Tuesday's storms ahead of more expected storms.

JEFFERSONVILLE, Georgia (41NBC/WMGT) — Twiggs County is working to clean up destruction from Tuesday’s storms ahead of more expected storms.

At least eight homes were destroyed during Tuesday’s event, according to Twiggs County Emergency Management Director, Jack Wood. He says all of the county’s man power Wednesday went to cleaning up Tuesday’s damage. 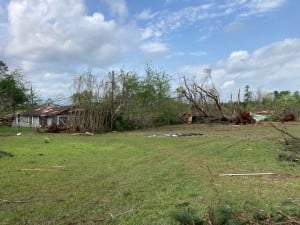 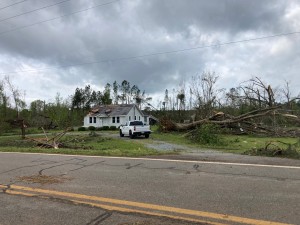 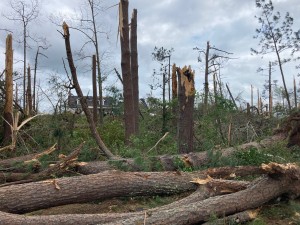 “My guys will be staged out in various places in the county and as the storms hit, it depends on if we have any damage or not. As those calls start coming in, we’ll start pushing out and start with assessments and start cleaning roadways out,” Wood said.

Highway 96 is back open again after being blocked ffor most of the day Wednesday. Twiggs County Sheriff Darren Mitchum says crews were working to clean up the road and restore power to the area. He says they’re prepared for any incoming storm threats.

“We have generators being maintained for different towers and places of that sort, and we’ve got everything ready just waiting. Hopefully we don’t have anything this bad,” Sheriff Mitchum said.

The Emergency Operations Center monitors storms via radar to keep residents updated and makes sure to track damage on maps as reports come in.

“That way we take and go out and look at those areas first,” Wood said. “Once we’ve rendered it safe, we go out to those damaged areas.”

Sheriff Mitchum says there were no injuries or deaths in Tuesday’s storms, but some people lost everything.

“I mean there’s a lot of people right now that’s hurting and trying to put their lives back together,” Sheriff Mitchum said.

According to Wood, the Emergency Operations Center will stay activated until all sstorm threats are gone.

The city of Jeffersonville issued a 72-hour boil water advisory after power outages caused the city to lose water pressure.