MACON, Georgia (41NBC/WMGT) – Three Middle Georgia athletes have committed to play at the next level. Two will play football, the other basketball.

Central’s Jalik Thomas committed to the Arkansas State Redwolves. Thomas is part of the class of 2021. 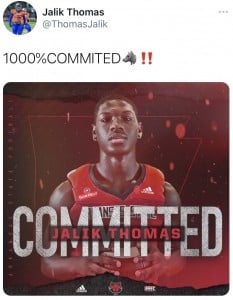 Thomas is a dual-threat quarterback. He threw for over 2,000 yards and 20 TD’s in eight games at quarterback last year.

Central star forward Quay Primas is staying in Macon. He announced on Twitter Wednesday, his commitment to Mercer. 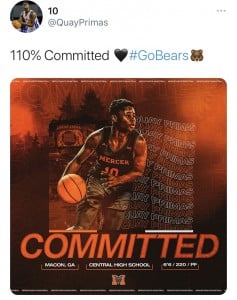 Primas averaged just over 24 points and 14 boards his junior season.

He was named Co-Player of the Year and helped lead the Chargers to their first-ever Elite 8 appearance in the state playoffs. 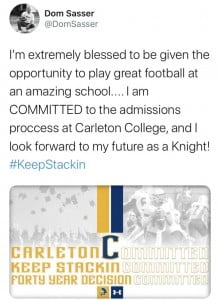 He threw for a school record 1,579 yards and 16 touchdowns his junior year. He was named second team All-Region and All-State Honorable Mention.

“They’re getting a really smart player,” Bleckley County football coach Von Lassiter said. “A guy that works extremely hard. Top notch character. A kid that wants to do the very best he can. Not for himself, but for his team. He’s just a kid that has worked extremely hard to get where he’s at and I’m just really excited for him.”