Hurricane Irma remains the largest and strongest system. Still listed at Category 5 strength, the hurricane has maximum sustained winds of 185 mph with gusts of 225 mph. To put those speeds in comparison, the constant winds of hurricane Irma are equivalent to an EF-4 tornado. Meanwhile, its wind gusts are the strength you’d expect of an EF-5 tornado. Easily said, this is an incredibly powerful hurricane. 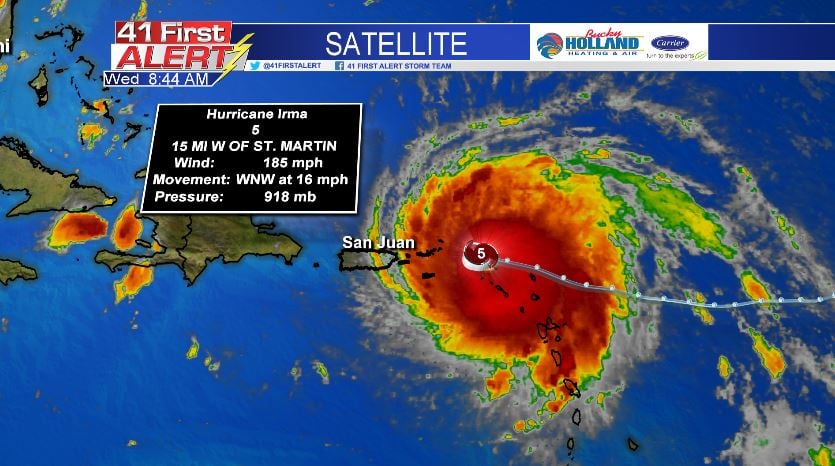 Hurricane warnings not only include the Leeward Islands, where Irma made landfall early this morning, but also stretch west to include more Caribbean locations like the Turks and Caicos Islands. Haiti, Cuba and the Bahamas are under a hurricane watch. Life-threatening wind, rainfall and storm surge is expected in these tropical areas through the week. 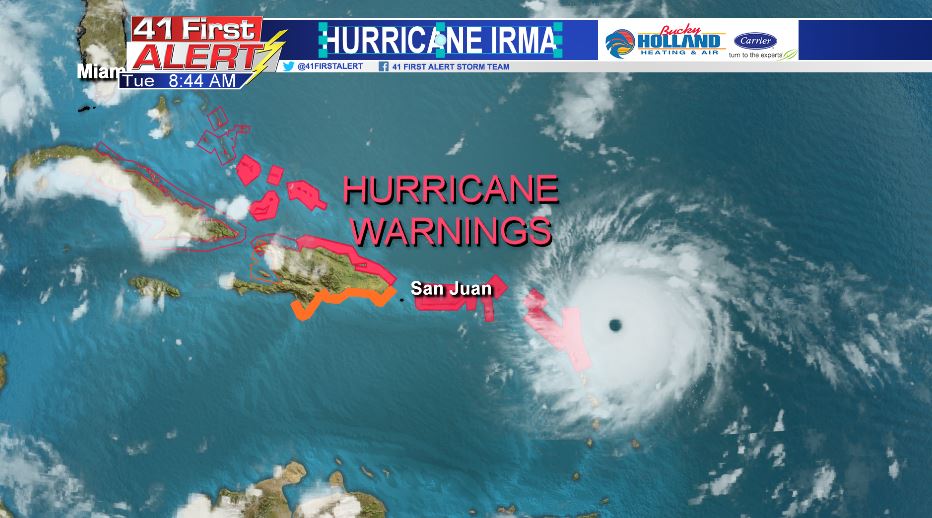 The path of Irma after it moves through the Caribbean is still questionable. The cone of concern outlined by the National Hurricane Center (NHC) shows the tropical system curving into South Florida as a Category 4 hurricane. Coastal residents should start packing a safety kit and developing a hurricane preparedness plan. 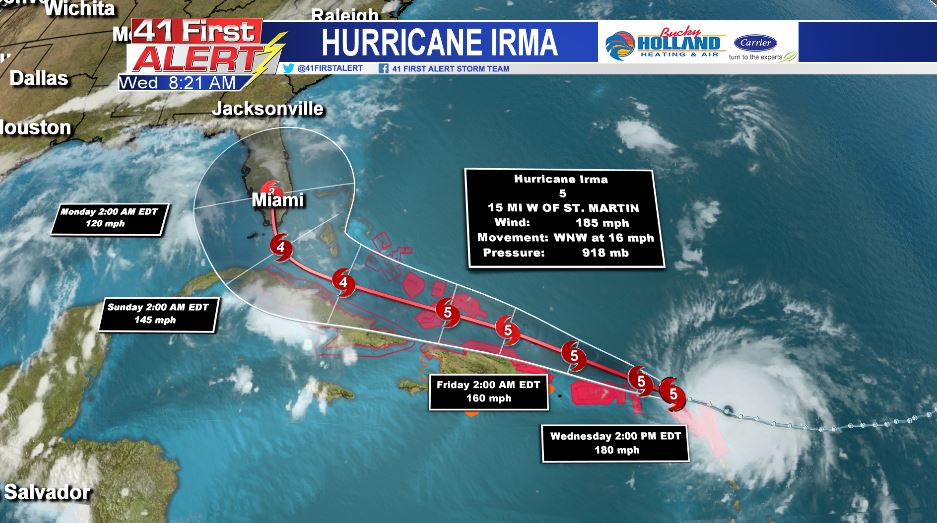 Evacuations are already taking place in the Florida Keys. Key West International Airport will be closing Wednesday night for all commercial flights. Mandatory evacuations for visitors begins this morning, while evacuations for residents will take place this evening. More evacuations may be issued for the state of Florida in the next few days as hurricane forecasts become more refined.

It is still too early to tell how Irma will impact Georgia. An inflow of people may evacuate into Central Georgia. The Macon-Bibb Emergency Management Agency will make decisions on opening shelters later this week.

Tropical Storm Jose has formed right behind Irma. Jose has wind speeds of 60 mph and is moving west at 13 mph. It is forecast to strengthen into a hurricane early Thursday, becoming a Category 2 hurricane by Friday. The path of this storm will likely shift towards the Leeward Islands before curving northwest. 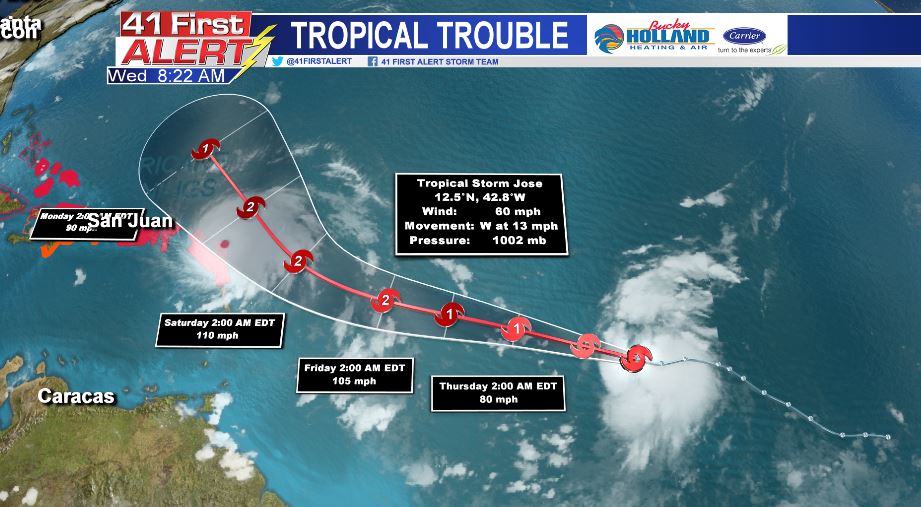 A third tropical system was named Tropical Storm Katia early this morning. This system is currently west of the Yucatan Peninsula in the Gulf of Mexico. It is moving very slowly to the southeast. Fortunately, it looks like Katia will avoid the Texas coastline which just took a beating from Hurricane Harvey a couple of weeks ago. Katia will continue moving southeast before curving into Mexico this weekend. 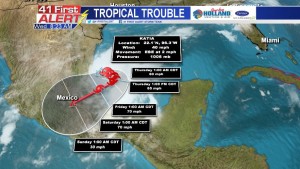 Stay with 41NBC and the 41First Alert Storm Team for the latest updates on these tropical systems and how they may impact us here in Georgia.