Suspect Wanted in CVS Robbery by Snatching in Macon

The Bibb County Sheriff’s Office says a suspect snatched a purse from a disabled customer and then got away. The robbery by snatching happened just before 6:30 Friday night at the CVS on Bloomfield Road.

The victim was not injured during this incident.

The suspect is described as a slender build black male, 6”2 in height, dark complexion with shoulder length dreads. He was last seen wearing a gray shirt with “Just Do It “ logo and dark colored sweat pants. The suspect was unarmed. Pictures of the suspect from the store’s video surveillance camera are below.

Anyone with information about the identity of the suspect is urged to call the Bibb County Sheriff’s Office at 478-751-7500, or Macon Regional Crimestoppers at 1-877-68CRIME. 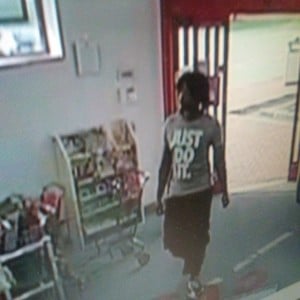 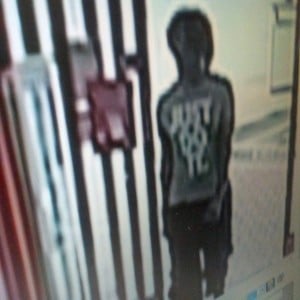