The senior announced the news via social media on Thursday. 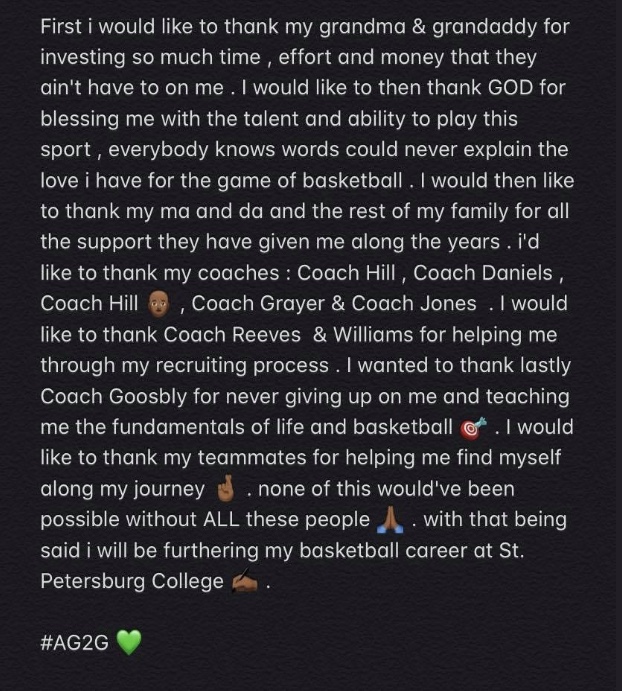 In the post, she thanked God, her family, coaches and teammates.

She says one of the main reasons she signed with St. Petersburg College is because of the coach.

“She’s a nice coach. Personable. And, she was telling me how she think I’d be a good fit for her team. Her team is kind of young, so I feel like I’ll fit in well.”