Seven arrests made for meth distribution in Jones County 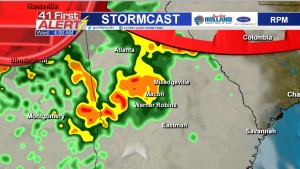 Three of the five arrests happened around Georgia Highway 49, in the areas of Pecan Drive and Henderson Road.

Kyle James, an addiction counselor with the Coliseum Center for Behavioral Health says it’s not uncommon for hard drugs like meth to be prevalent in smaller communities.

“”The honest truth is that methamphetamine is a lot cheaper.  Anybody knows that the disease of addiction is that ‘more-more-more’ capacity,” James said. “So the more you can get, the more you can feed the addiction and the meth is much cheaper so that’s why we’re seeing that a lot out there.”

According to a Facebook post by the Jones County Sheriff’s Office, 37-year-old Susan Cammy Youmans, of Ivey, was arrested in the area of Georgia Highway 49 and Pecan Drive on July 15 for possession of meth with the intent to distribute.

Two people were arrested July 26 for the same charge. They were Jones County residents Janice Goodwin, 44, and Mark Goodwin, 51.

Malcom Jones, 32, and Parker Bettencourtt, 21, were arrested on Henderson Road in Jones County for possession of meth with the intent to distribute on July 28. They were both from Gray.

On August 2, Wesley Dubose of Perry was arrested by the Jones County Sheriff’s Office and the Gray Police Department for possession of methamphetamine with the intent to distribute, possession of marijuana and use of a communication device to facilitate a drug transaction. The arrest took place inside the city of Gray.

The most recent arrest was on August 10. Wendell Lee Brooks, 32, of Macon, was arrested on Georgia Highway 49 and charged with sale of methamphetamine.

James, with the Coliseum Center of Behavioral Health, encourages anyone struggling with addiction to call the Life-Line at the Coliseum. The number is (478) 741-1355.