UPDATE: Man turns himself in after Hit and Run leads to serious injury

UPDATE: The BCSO arrested 47 year-old Cdrick Garland in connection with the accident. According to the release, Garland turned himself over to fatality investigations on Monday, November 22, 2021.

Garland is being held without bond at the Bibb County Sheriff’s Office Law Enforcement Center for the charges of Serious Injury by Vehicle and Hit and Run; and for Duty of Driver to Stop at the Scene of an Accident.

The driver of the Honda Accord, Dylan Wood, is still in critical condition at Atrium Health Navicent. 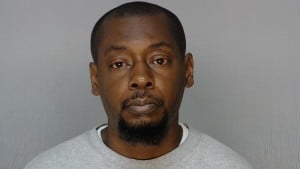 MACON, Georgia (41NBC/WMGT) — Bibb County Deputies are looking for the driver of a semi that struck another vehicle and left the scene.

According to a press release it happened Sunday morning around 3:46 am at the intersection of Pio Nono and Broadway. It was reported that a 2006 Freightliner, driven by an unknown male was traveling North on Pio Nono Avenue when it ran into the back of Honda Accord, driven by 25-year-old Dylan Wood of Warner Robins. The Honda was stopped at the traffic light in the North bound lanes. The driver of the Freightliner did not stop after hitting the Honda. Wood was transported to the Atrium Health Navicent and is listed in critical condition. The Freightliner was found abandoned on Houston Avenue.

Anyone with information about this incident is urged to contact the Bibb Sheriff’s Office at 478-751-7500.