The incident happened on April 30th around 1:15 a.m. at the Exxon gas station at the 3400 block of Napier Avenue.

Deputies say that a man entered the gas station while a woman played the lottery machine. Authorities say she reportedly had her clutch purse sitting on the machine near her.

Deputies say that the suspect stood behind the victim. He then snatched her purse and ran from the store.

The authorities description of the suspect is as follows: 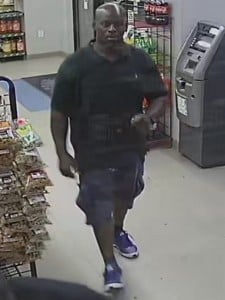 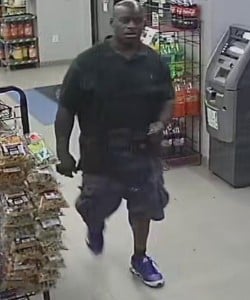 If you have any information about this incident, call the Bibb Sheriff’s Office at 478-751 -7500. You can also call Macon Regional Crimestoppers at 1-877-68CRIME.