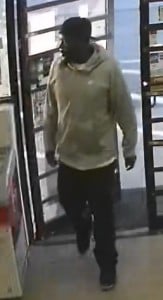 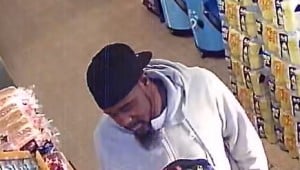 MACON, Georgia (41NBC/WMGT) — The Bibb County Sheriff’s Office  is investigating a Commercial Robbery by snatching that took place Sunday morning at the Citgo on Shurling Drive.

According to the release from the BCSO, a clerk was collecting money from the gaming machines when the male suspect snatched the money bag and fled the store on foot. Nobody was injured.

The suspect is described to be about 6 feet tall, heavy set, and wearing a gray jacket, black pants, and black and white shoes.