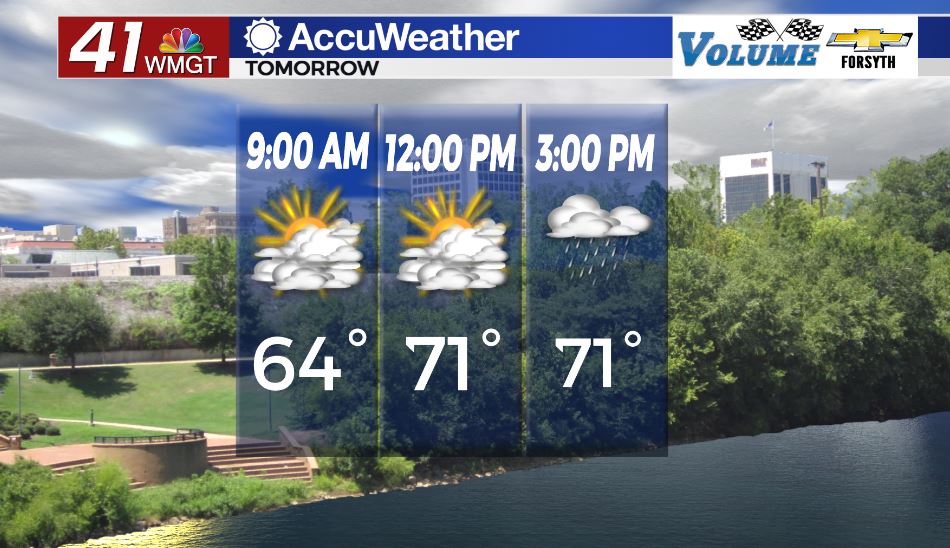 It was another day of record breaking heat in Middle Georgia, but a cool down is on the way to end the week.

A wedge front will be building in across parts of Middle Georgia during the day on Friday, keeping us cloudy and cooler.

Highs will still be above normal, but 80s should be done for quite a while.

Showers will be possible during the afternoon, including some moderate rainfall.

The wedge hangs around on Saturday, keeping highs in the mid 60s for most of the weekend. 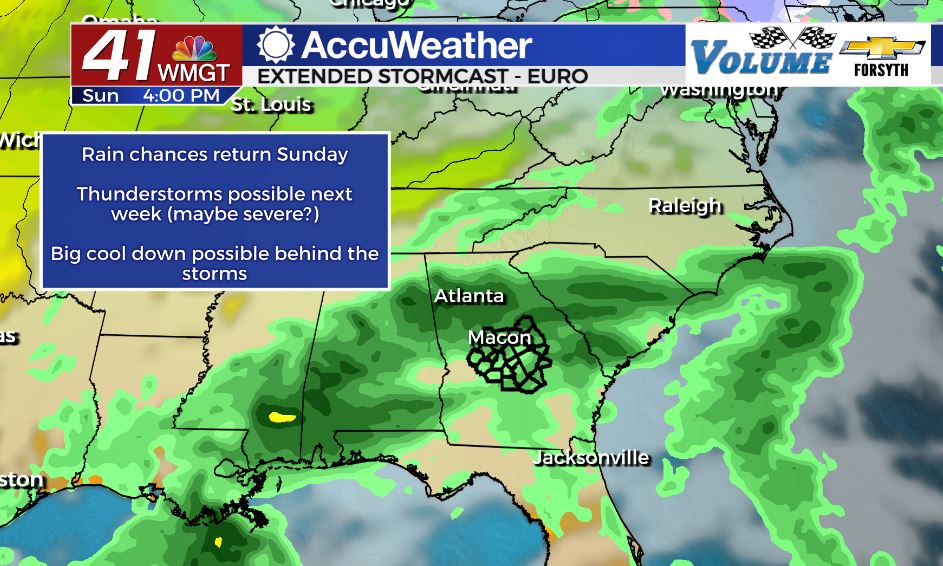 A stronger system will be moving through on Sunday, bringing the potential for some heavy rain.

Once again highs will be hanging around the mid 60s with partly to mostly cloudy skies. 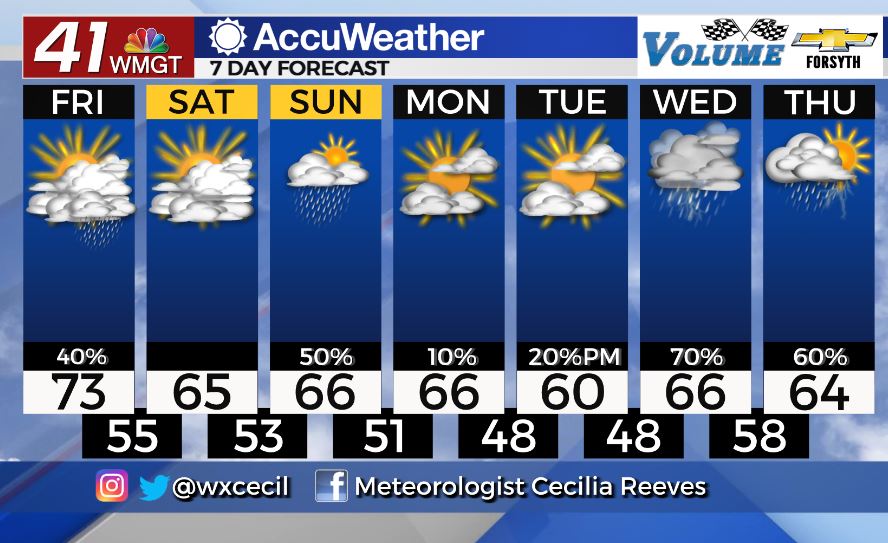 Next week will be starting out mostly quiet, but a few isolated showers will be possible Monday and Tuesday evening.

By the middle of next week a strong storm system will move through and bring the potential for some severe storms.

We don’t know the extent of the severe threat here in our area, but we are watching it closely.