Chief Lynn has served as Perry Police Chief since 2013.

Lynn is one of nine individuals announced in President Biden’s third round of U.S. Marshal nominees.

Lynn has served as Perry Police Chief since 2013. Before that he served as an investigator for the Houston Judicial Circuit District Attorney’s Office, from 2007 to 2013. Lynn also served in the Warner Robins Police Department from 1981 to 2007. During that time Lynn held several leadership positions, including Commander of the Criminal Investigation Division and Strategic Services.

According to a White House news release, nominees were chosen for their devotion to enforcing the law, their professionalism, their experience and credentials in their field, and their dedication to pursuing equal justice for all. 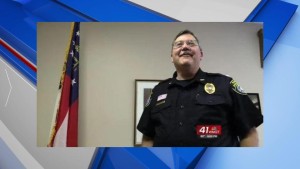