The Bibb County Sheriff’s Office is investigating an armed robbery that took place just after 04:00 a.m. Saturday at the Circle K located at 4314 Pio Nono Avenue.

It was reported that a male subject entered the store demanding money. He was armed with a gun. After getting an undisclosed amount of money the suspect then fled on foot out of the store. No one was injured during the incident.

The suspect was described as being approximately five foot seven inches tall.

Anyone with information is urged to call the Macon Regional Crimestoppers at 1-877-68CRIME. 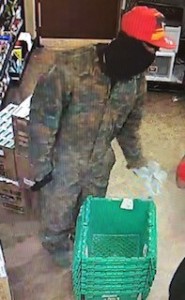