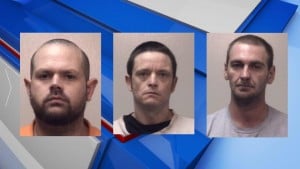 According to police records, the suspects shot and killed Adams at a home in Grantville, on February 11.

Records state, the suspects broke into Haley’s home and restrained the mother. During the home invasion, the suspects shot Adams’ in the back after she confronted the suspects with a BB gun.

Adams moved from Macon, where she attended Appling Middle School, to Coweta County with her mom. The incident happened four days after she moved in.