Parents speak out after daughter was killed in school bus accident

WARNER ROBINS, Georgia (41NBC/WMGT) – The parents of the little girl who was killed in a Houston County School Bus accident are speaking up.

The family wanted to address the public after losing their daughter Arlana on January 29. The Houston County School bus she was on, turned over on Forrest Park Drive. That Monday afternoon, her mother, Angelica, was waiting for her to arrive at 4:26 p.m. like every day. This time, Angelica received a call saying that Arlana was in surgery after being severely in a bus accident. She later died by her father’s side just after 1:00 a.m. 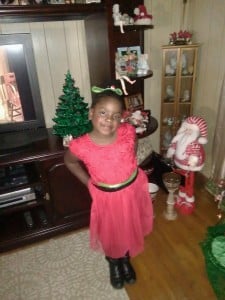 Angelica and Christopher say Arlana was a light in their life.

“She was sunshine in the rain,” said Angelica. “She made friends everywhere there was no stranger, and everybody remembered her that saw her or met her.”

“Anytime we would go anywhere, she makes friends. Just random people,” said Christopher. “If you’re walking through Walmart, she runs up and gives them hugs and tells them her name and everybody just falls in love with her.”

The family hasn’t had an opportunity to speak to the Houston County Board of Education. Teddy says the family is focused on healing from their loss at the moment.

“They’re trusting God right now that this is his divine path and just leaning on him and asking him for understanding and direction and we’ll be going through that healing,” said Reese. “That’s what we’ll be doing immediately.”

Angelica says her friend is taking action to make sure an incident like this doesn’t happen again.

We reached out to the Houston County School Board but they declined to comment since the incident is under investigation.