One country is refusing to shut down to stop the coronavirus

MOSCOW — While officials from Montreal to Moscow have placed populations under some form of lockdown designed to slow the spread of the coronavirus, one man continues to hold firm to the notion that the rest of the world has lost its mind: Belarusian President Alexander Lukashenko.

“It is better to die on your feet than live on your knees!” Lukashenko told a Belarusian television reporter Saturday when asked whether the coronavirus could stop him from hitting the rink for a propaganda-filled hockey game.

“Me? Why? I don’t understand. There is no virus here,” Lukashenko said, gesturing around the arena. “This is a refrigerator, it is the best thing for your health. Sport, especially on ice, is better than any antiviral medication. It is the real thing.”

Lukashenko, one of the longest-serving leaders in the former Soviet Union, has been in power for over 25 years. His tenure has seen brutal crackdowns on dissent.

Both Lukashenko and his nation, Belarus, have played second fiddle to their much larger, and much more powerful neighbor: Vladimir Putin’s Russia. The two nations have a loosely controlled internal border and shared customs space — undermining his claims to sovereignty.

Lukashenko for weeks now has downplayed the threat of COVID-19. Instead of preparing his nation for the worst, he has routinely and openly questioned the world’s response to the virus, using the word “psychosis” to describe the global response several times since early March.

Young fans react during a Belarus soccer match on March 27. Longtime Belarus President Alexander Lukashenko is proudly keeping soccer and hockey arenas open even though most sports around the world have shut down because of the coronavirus pandemic.Sergei Grits / AP

Meanwhile, he has made a point of keeping factories, stores, cultural and sporting events open. The Belarusian Health Ministry has reported just 152 cases of the coronavirus. Neighboring Russia reported 1,836 as of Monday.

Two weeks ago, he insisted that Belarus has survived worse than the novel pandemic hitting the world. Saunas, vodka and tending to the fields were the best remedy for those who fear the spread of the virus, he said. 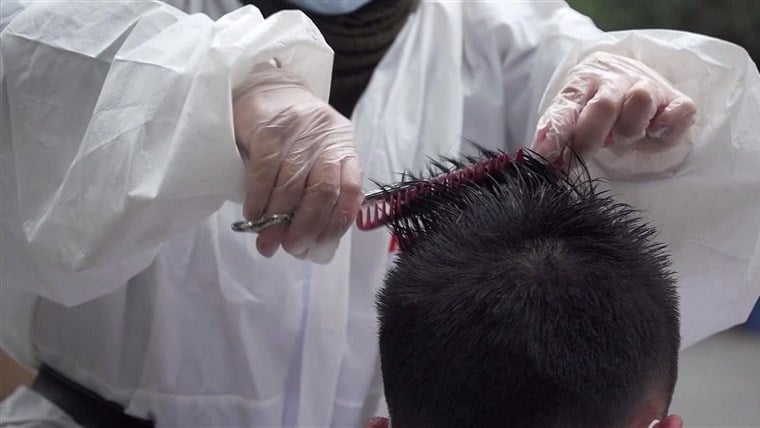 Lukashenko’s folk remedies for COVID-19 fall well in line with assurances issued by other post-Soviet leaders. Gurbanguly Berdymukhamedov, president of Turkmenistan, consulted his own writings on his nation’s plant life and declared a cure to be found in a local herb.

In his own way, Putin has also downplayed the threat of the virus — insisting for weeks that the situation was well under control. But Putin began an about-face last week in a national address asking Russians to stay home.

Lukashenko seems to have been unfazed by Putin’s admission that the situation is more serious than it first appeared.

“This psychosis has crippled national economies almost everywhere in the world,” Lukashenko said while touring a factory Friday. “Even the Russian Federation that is similar to us has started closing businesses.”

Matthew Bodner is a Moscow-based producer and reporter for NBC News.