Construction will start later this year, and the facility is expected to open in December of 2023.

PERRY, Georgia (41NBC/WMGT) — The Eastgate Shopping Center has been nearly vacant for several years, but not anymore.

Ashley Hardin, Economic Development Administrator for the City of Perry, says a development and investment company bought the property in January to turn it into a new VA clinic.

“About 48,000 square feet remaining in this building will be renovated, gutted, and house the VA clinic,” she said. “It’s an over $14 million investment between the VA and the developers. Also it will be a 20-year lease.” 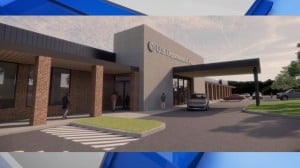 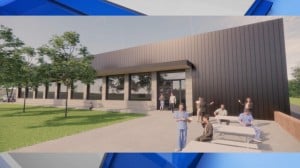 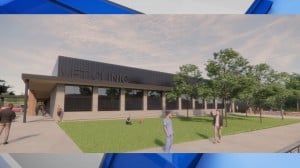 Jordan Kersey is the pastor for Church in the Park that across from where the new VA clinic will be.

Kersey says the building has been an eyesore since he’s been in Middle Georgia. As a veteran himself, he says the property couldn’t serve a better purpose.

“I’ve got to drive to Dublin, to Milledgeville, I’ve driven all the way to north Atlanta for appointments,” Kersey said. “So I can’t imagine for all of us veterans here locally to have something like this in our backyard. It will serve so many purposes, and it will make getting care from the VA so much more convenient.”

Hardin says once the clinic opens, it will serve between 200 and 250 patients a day and provide up to 100 new jobs.

“They’ll be able to support our Perry businesses both downtown and on the parkway that’s growing,” she said. “So we’re just very excited to see this property be redeveloped.”

When Pastor Kersey thinks of a VA clinic coming to Perry, he’s reminded of the city’s slogan: “Where Georgia Comes Together.”

“I believe as a community we are truly coming together with the VA,” he said. “I couldn’t be more excited about what this VA will do for so many veterans in and around Middle Georgia.”

Construction will start later this year, and the facility is expected to open in December of 2023.