MILLEDGEVILLE, Georgia (41NBC/WMGT) — As millions celebrate Juneteenth throughout the US, it becomes an official holiday in one Middle Georgia town.

City officials and community leaders announced the declaration of Juneteenth as an official holiday in Milledgeville on Friday. 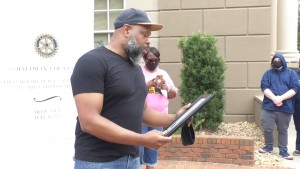 Residents united at the Mary Vinson Library to walk to the Peace Monument on Hancock street to honor the commemoration. 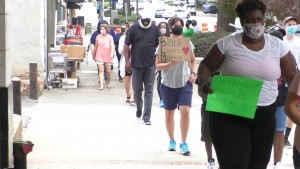 “It’s an American celebration,”  said Jessica Mcquain, a community member. “And even though it’s been mostly celebrated by the black community. I think it’s important, to be honest about our history.”

A time for change

Mcquain is one of many who wants to make a change in her community.

“I think that everybody out here counts, and I think that it’s important to show support, even in rural places, and small towns,” Mcquain said. “We are ready for change, and it’s time.”

As part of the event, local clergy discussed the history of Juneteenth, institutional and structural racism, and conducted prayers for the community.

“This is just the beginning, it’s education, it’s helping people to understand the history here in America,” said Craig Portwood, Pastor at Pathfinders Christian Church. “But also what action steps can be taken as we progress ahead to create those opportunities for equality and equity for all people.”

Portwood says there’s something everyone can do to help make a change.

“There’s something you can do that you can band together with like-minded, like-heart individuals to push forward in a very peaceful way,” Portwood said. “You can sit down to seek understanding to have conversations, and it has been said many times to listen to the hearts of other people.”