Deputies say they received a call around 1 p.m. about a shooting at 5908 Leone Drive. They say a male and female were involved in a domestic dispute. 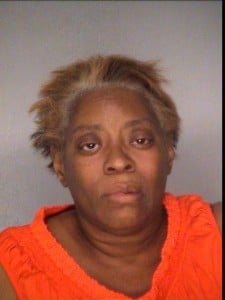 Sheriff David Davis says the couple married three weeks ago. Deputies took Tomeko to the Bibb County Jail. She is charged with manslaughter and is being held without bond.

This incident is under investigation.

If you have any information about this incident,  call the Bibb Sheriff’s Office at 478-751 -7500. You can also call the Macon Regional Crimestoppers at 1-877-68CRIME.