UPDATE: The Warner Robins Police Department is serving warrants and looking for the suspect in connection to the deadly hit and run that took place on July 5th.

According to WRPD, the traffic division found the hit and run suspect vehicle, a silver Honda Civic, at an apartment complex in Forest Park. The vehicle was taken back to the Police Department as evidence.

Warrants were issued for 25-year-old Tyrus Davis of Forest Park for Homicide by vehicle, leaving the scene of an accident, hit and run, and failure to report an accident. Davis hasn’t been arrested as of July 11th, and officers are still searching for him.

Anyone with information is urged to call Sgt. Pippio at (478) 302-5380 or Macon Regional Crimestoppers. 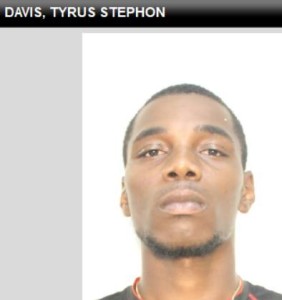 WARNER ROBINS, Georgia (41NBC/WMGT) – A man was killed Tuesday night in what police are calling a hit and run. According to a release from the Warner Robins police department officers were dispatched to Watson Blvd. at Hickory Street just before 10pm where a male was struck by a vehicle while attempting to cross Watson. The victim’s identity has not been released and no description of the vehicle is available at this time.