(41NBC/WMGT) — A 71-year-old man named Jimmy Lee Taylor from Del Ray Beach, Florida has been convicted of 44 counts of Elder abuse and 23 counts of Practicing Medicine without a License in the Superior Court of Houston County.

According to the Houston County Sheriff’s Office, the investigation began in April of 2018 when a victim of Taylor’s, named Annette Johnson, contacted the Sheriff’s Office. Investigators and other officials worked to find that Taylor was not a physician licensed to practice medicine in the United States by the American Medical Association, and that he was falsely representing himself to the victim–Annette Johnson– as a specialist in “Stem Cell Therapy”. It was found that Taylor would arrive at Johnson’s home in Houston County every 2 weeks and administer what she believed to be “Stem Cell Therapy” for cash payment.

Investigation revealed that Taylor was traveling all over the United States to do similar things to receive cash payments from victims. Victims were also found in California, Illinois, Alabama, and Florida. When law enforcement searched Taylor’s home in Effingham County, they found he was in possession of drugs and medical supplies believed to be from Mexico. 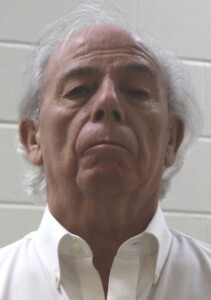