MACON, Georgia (41NBC/WMGT) —  A man has been arrested in connection to an incident on Sunday, May 8th, that hospitalized a husband and wife.

According to the Bibb County Sheriff’s Office, an aggravated assault took place around early Sunday at the 4900 block of Kathryn Drive, where a husband and wife were assaulted in their home– though the call to the 911 center wouldn’t come in until nearly 2 in the afternoon. The incident resulted in the couple being brought to Atrium Health Navicent for treatment, where the man is in stable condition and the woman is in critical, but stable condition.

Investigators worked to find 41 year-old Frederick Jackson as the suspect involved in the incident– he was found on Pansy Avenue, and taken to the Bibb County Sheriff’s Office Investigations Division, and then the Law Enforcement center where he is being held without bond for 2 counts of aggravated assault, though additional charges are pending. Deputies say Jackson did know the couple, and that he was visiting when the incident occurred.

Anyone with information on this  incident is urged to call the Bibb County Sheriff’s Office at 478-751-7500 or Macon Regional Crime Stoppers at 1-877-68CRIME. 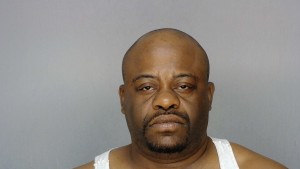