The Gang Unit, SWAT team, Special Investigations Unit, and Response team worked to execute the warrants on 2 homes connected to 45-year-old Mario Parker. The homes searched are located in the 2800 block of Elpis Street and the 1900 block of Christian Avenue. One of the homes is owned by Parker, the second home is where Parker lived.

When members of the BCSO arrived at the home on Elpis Street, Parker was seen running into the home, and then a short time later returning to the front door. After the search warrants were served, about 10 ounces of Codeine, 18 grams of marijuana, several THC pens, multiple digital scales, over $25,000, and a stolen 9mm handgun were found.

Parker, a convicted felon who is not allowed to own a firearm, was taken into the Bibb County Sheriff’s Office Law Enforcement Center and charged with Possession of a Firearm by Convicted Felon ,Possession of Controlled Narcotic in Schedule II, Theft Lost Mislaid Property- Felony, and Marijuana less than an Ounce. He is being held without bond.

Anyone with information about this incident is urged to call the Bibb County Sheriff’s Office at 1-478-751-7500 or Macon Regional Crime Stoppers at 1-877-68CRIME. 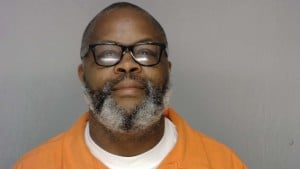