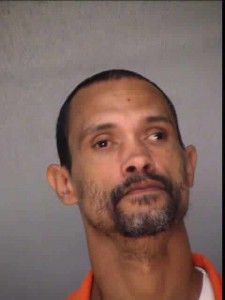 According to the Bibb County Sheriff’s Office, deputies responded to an address in the 600 block of Shi Place regarding a domestic dispute involving damage to property. While deputies were talking to witnesses, Simmons drove by in a Honda Accord.

Deputies tried to stop the vehicle, but Simmons continued to flee. They eventually stopped at the intersection of Martin Luther King Jr. Boulevard and Poplar Street.

Deputies say Simmons tried to drive between two parked vehicles. However, he struck both vehicles causing damage to them.

Simmons was taken to Medical Center Navicent Health for his minor injuries.

Authorities charged Simmons with the following.

Simmons also had a warrant for Felony Obstruction of a Peace Officer and Superior Court Probation Violation. Simmons has warrants out of both Jones and Twiggs County Sheriff’s Offices.

Deputies will take Simmons to the Bibb County Jail for his charges after he leaves the hospital.