According to court documents, Rasheed Virani is being punished after failing to provide proper water service and a healthy space for habitation that met standards outlined by Bibb County Code enforcement.

Several witnesses, including the Environmental Health Department Manager of the North Central Health District with the DPH — Shondreka Webster-Reese, who provided testimony concerning the lack of water service to the motel, as well as the necessity of water and how that relates back to the property owner as the location was issued with a tourist accommodation permit.

A code enforcement officer also provided testimony concerning the state of the motel, reporting lack of water service, feces on the floor of the janitor’s closet, exposed electrical wires, stagnant water, and an unsafe roof– all pointing towards the location being unfit for habitation. There’s also a report concerning the disconnection of electrical services at the motel on March 26th, as well as observation from an officer that conditions at the hotel had worsened between the time of inspection between March 25th and April 14th.

Court documents also say that due to the severity of conditions in the building, 35 residents were evacuated from the location, 3 of which were placed into the Brookdale Warming Center, with the rest making alternative accommodations.

Virani, the owner of the property, was apparently unaware of the issues, and had requested more time to resolve them. Although, Vankat Sanjeev, an associate of Virani’s, says Virani had contacted him the morning of the hearing to review the condition of the property. Virani testified that he is the owner of the property, but that it is being leased to another individual. Testimony goes back and forth as to whether or not he was sure if the property was inspected when he purchased it in 2020.  He also said in court that the person leasing the property was supposed to pay $7,000 a month, but that he had only received one or two months of rent since entering in the lease agreement in January or February of 2021.

Virani testified that he didn’t dispute the described condition of the motel, had been unaware of the condition, and was asking for more time to repair or develop the property.

Virani was then found guilty of several code violations, landing him with around $6,000 worth of fines and 7 days in jail. 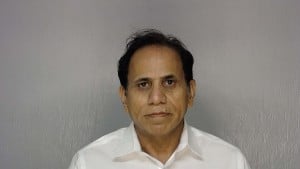