Macon men sentenced to life for killing warrants clerk in 2015 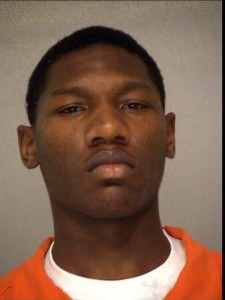 Jackson was sentenced to life without the possibility of parole.

Rhodes was not eligible for life without parole due to his age at the time of the murder. He was sentenced to life and must serve 30 years before he is eligible for parole.

During trial, which began September 11, prosecutors showed evidence that there was a car crash near Second and Elm streets on October 25, 2015. A member of the Crips gang involved in the crash, hid a gun in Mays’ yard and arranged for another gang member to get it.

Jackson later went to get the gun, but could not find it. He then tried to talk to Mays’ mother, but she would not open the door and Jackson got angry. Mays’ mother called Mays and he got home by the time Jackson knocked on the door again, this time with Rhodes.

Mays confronted Jackson and told him he did not know anything about the gun and Jackson signaled Rhodes to fire a shot towards Mays. Other men in the yard also started shooting.

They kept shooting and Mays was taken inside, but he was fatally shot.

22-year-old Jadarien Shamar Flowers, 19-year-old Drayson Walter McDonald and 22-year-old Michael Dewayne Hardy Jr. have pleaded guilty for their involvement in the shooting. They each testified during the trial for Jackson and Rhodes.