WARNER ROBINS, Georgia (41NBC/WMGT) —  Investigation into the fatal shooting of a woman in Warner Robins Thursday has revealed that 32-year-old Alexander Fisher shot and killed his wife, 30-year-old Christy Fisher.

The Warner Robins Police Department says that Alexander and Christy were having a domestic dispute, after which Alexander collided his truck into a vehicle that contained Christy, as well as 24-year-old Nicholas Carruolo and 30-year-old Johnntavis Reese. Alexander exited his truck after the collision and fired his pistol into the vehicle, striking Christy– nobody else was injured.

Christy was found to have at least one gunshot wound to the torso when Police arrived at the scene. She was taken to Houston Medical Center and later pronounced deceased.

Carruolo and Reese have been listed as victims of aggravated assault. Alexander was arrested on scene when officers arrived, he’s being charged with Felony Murder, Malice Murder, Aggravated Assault (3 counts) , and Aggressive Driving. 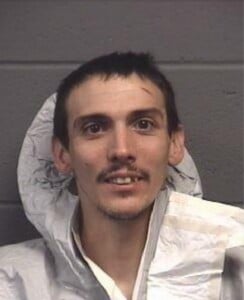