GRAY, Georgia (41NBC/WMGT) – A firefighter is recovering from his injuries after his fire truck collided with a vehicle head-on.

Riggins confirmed that Jones is a Bibb County firefighter who volunteers for the Jones County Fire Department.

“Jones has bumps, bruises, and stitches all over his body from the collision,” Riggins said.

On Tuesday, 55-year-old Michael Snider collided head-on with the fire truck Jones was driving. Jones was heading to Snider’s shed which was on fire. 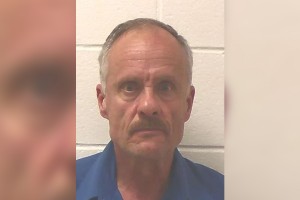 The impact caused Snider’s car to flip in a ditch. Snider was pronounced dead on the scene by Jones County Sheriff Butch Reece.

Riggins says the impact ejected Jones from the fire truck. He expects Jones to be released from the hospital today.

Jones County investigators are looking into how Snider’s shed caught on fire, the fatal accident, and the stabbing of Snyder’s girlfriend.

This incident is under investigation.