PERRY, Georgia (41NBC/WMGT) — The man convicted of Felony Murder in connection to the 2020 shooting that left Jamal Smith dead has been sentenced to life in prison.

According to a release from the Houston County District Attorney’s office, 23 year-old Terrence Rouse has been convicted and sentenced as of April 2022 in reference to an armed robbery gone wrong he committed that left another dead. The release says the incident took place in November of 2020, in which Rouse and his co-defendants drove to the apartments on Ignico Drive with the intentions of robbing Jamal Smith– known to Rouse as a local drug dealer– of drugs and money. When Rouse entered Smith’s apartment, they both drew firearms at each other and began to shoot. One of the bullets struck Smith, which led to Rouse fleeing the scene. Rouse’s co-defendants drove Smith to Houston Medical Center, where he was pronounced dead. Rouse was arrested a month later hiding out in a Florida motel.

On April 15th, 2022, Rouse was convicted of felony Murder by a Houston County jury, and sentenced to life in prison with the possibility of parole by Superior Court Judge Katherine Lumsden on April 27th, 2022.

ADA Duane had this to say concerning the sentencing: “Mr. Rouse is now a four-time convicted felon and he is only twenty-three years old. He has been a plague on Houston County. Unfortunately, his criminal activity led to the death of eighteen-year-old Jamaal Smith. We are pleased that the jury closely followed the evidence and held the Defendant accountable.” 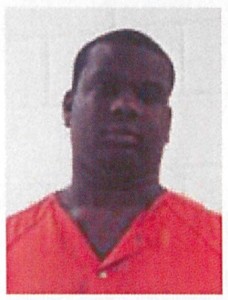