FORSYTH, Georgia (41NBC/WMGT) — The Monroe County Sheriff’s Office sent out a release on Thursday October 7, concerning a breaking and entering incident that had happened earlier in the day.

According to the release, the MCSO responded to the call around 1 p.m. at a home on E River Mist Court in Juliette, where they homeowner had arrived at the house to find the front door open and a male suspect in their home. Upon seeing the homeowner, the suspect jumped from the second story window to flee the scene.

MCSO were able to track and identify the suspect as 22 year-old Orinthius Byrd of Florida, who was reported missing from the Volusia County Sheriff’s Office in Deland, Florida earlier today. Byrd ran through the woods and attempted to circle back to his vehicle, where deputies arrested him without incident. Byrd has no previous criminal history.

The release says Byrd was taken to the Monroe County Jail and will be charged with Burglary and Obstruction. 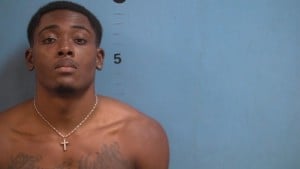